Home Market News Coronavirus and the warning from history: The 1918 Spanish Flu. 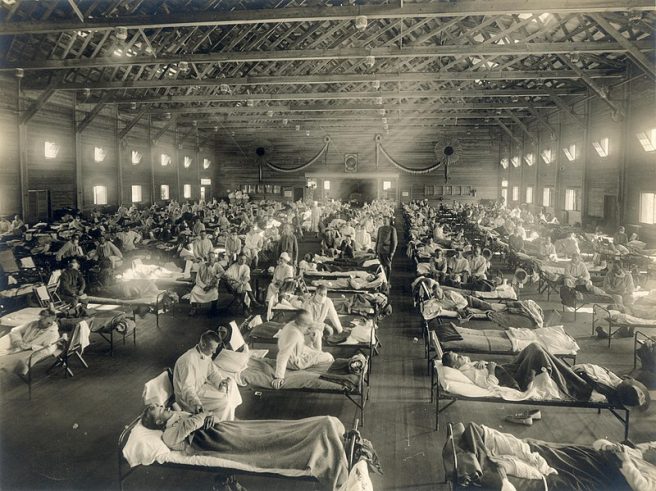 Have we learnt from the past? 100 years ago, celebrations marking the end of the First World War were cut short by the onslaught of a devastating disease

In order to avoid alarming the public, several local health authorities refused to reveal the numbers of people affected and deaths. Consequently, it was very difficult to assess the impact of the disease at the time.

As Spain was neutral in the First World War, newspapers there were free to report the devastating effects that the 1918 pandemic virus was having in that country. Thus, it was generally perceived that the pandemic had originated in Spain, and the infection was incorrectly dubbed “Spanish flu”.

Some authors indicate that the influenza epidemic probably started in British Army camps in mainland Europe sometime during the period 1916–1917. However, there are also consistent data about its appearance in US Army training camps during the spring of 1918, and even more recent data suggest that the influenza epidemic could have started in New York City.

The Spanish flu pandemic of 1918, the deadliest in history, infected an estimated 500 million people worldwide—about one-third of the planet’s population—and killed an estimated 20 million to 50 million victims, including some 675,000 Americans. The 1918 flu was first observed in Europe, the United States and parts of Asia before swiftly spreading around the world.

At the time, there were no effective drugs or vaccines to treat this killer flu strain.

School and university terms were cancelled, but other public gatherings, such as those at church services or theaters and cinemas, continued.

There were hard challenges when trying to implement public health-control measures. Public health officials in many places (for instance, Valladolid, Spain) argued with local authorities about officially declaring that there was an ongoing epidemic, because local holidays (and the related business, of course) were at their peak.

When the 1918 flu hit, doctors and scientists were unsure what caused it or how to treat it: Officials in some communities imposed quarantines, ordered citizens to wear masks and shut down public places, including schools, churches and theaters. People were advised to avoid shaking hands and to stay indoors, libraries put a halt on lending books and regulations were passed banning spitting.

Hospitals in some areas were so overloaded with flu patients that schools, private homes and other buildings had to be converted into makeshift hospitals, some of which were staffed by medical students…

Have we learnt from the past?