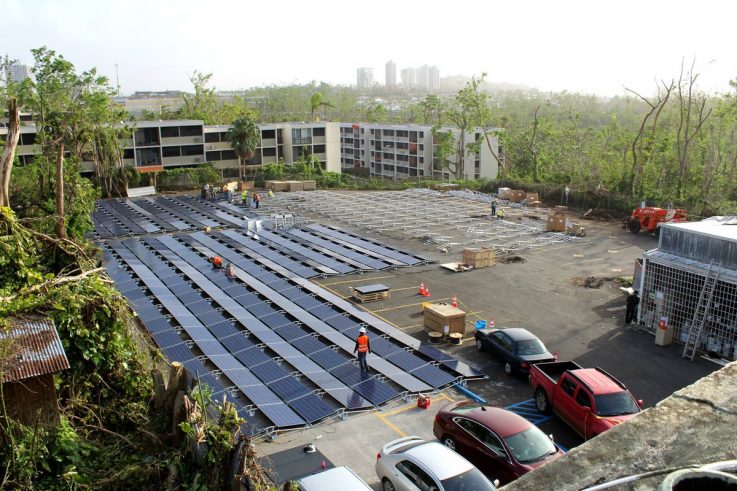 A children’s hospital in hurricane-battered Puerto Rico has had its power restored thanks to electric-carmaker Tesla.

The Hospital del Niño in San Juan, which has at least 35 critically ill patients, has been in dire need of electricity ever since the US territory’s  energy infrastructure was deciminated by Hurricane María last month.

“Hospital del Niño is first of many solar+storage projects going live. Grateful to support the recovery of Puerto Rico with Ricardo Rossello,” said Tesla, which also sells batteries to consumers to combine with rooftop solar systems.

Mr Rossello thanked the company for a “humanitarian gesture”, adding this “could be a model to follow for public or private entities that provide critical services to the public”.

The hospital’s director, María López, said the hospital had been struggling to give the required treatment to some of its patients because of the lack of power.

“This action by Tesla has enormous implications for the operation of the institution,” she told El Nuevo Día.

Even before the storm, Puerto Rico’s decades-old energy system was known to be dirty, inefficient and vulnerable, with most of the production in the south and the demand in the northern part of the island.

There has been plenty of hype about rebuilding Puerto Rico’s grid using solar panels ever since Mr. Musk got in touch with Mr Rossello. The pair had a conversation on October 6 according to a tweet by the governor saying the teams were “exploring opportunities.”

Mr Musk tweeted on the same day that a launch of new product would be delayed because the company was “diverting resources…[to] increase battery production for Puerto Rico & other affected areas.”

For those on the island, the help can’t come soon enough.  “When are you bringing it over? Let’s have it, already! Let’s see it!” Cruz Maria Ramos Resto, a 50-year-old school cafeteria worker, told Bloomberg.