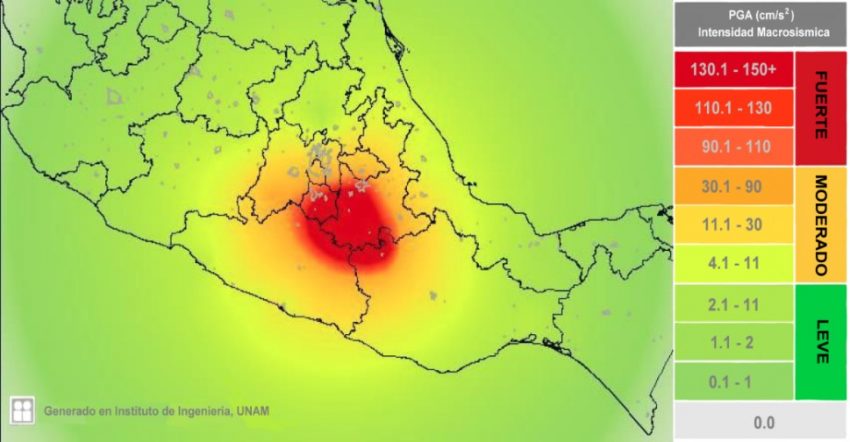 After our experience of the earthquakes in Mexico in situ, the RTS International Loss Adjusters team has produced a brief retrospective analysis of the phenomena that result in these earthquakes, the type of damage they cause and, most importantly, the preventive measures that can be taken to try to mitigate their effects. Lastly, we make a short comparison between the earthquakes that took place in Mexico and in Spain from an insurance viewpoint.

Events of September 2017 in Mexico

On September 19, 2017 another major earthquake struck, in this case in Morelos, on the border with the neighboring state of Puebla, in the center of the country. It occurred at 13:14 local time (UTC -5) and it registered 7.1 degrees on the Richter scale. Its hypocenter was located 7 miles to the southeast of Axochiapan in the state of Morelos (Mexico) at a depth of 35 miles. The quake was mostly felt in the zone of Jojutla, Morelos and in Mexico City.

Effects of an earthquake: Architectural and structural

Damages to architectural elements are cracks, fractures or collapses of walls, parapets on roofs, windows and facade facings and interior partitions; under no circumstances do these problems compromise the building’s stability.

Damages to structural elements affect the fundamental structure of the buildings or properties, basically the columns, beams and the joints where they meet; in the oldest constructions they also impact load-bearing walls, and cause problems in stairwells and stair slabs. In some cases, it is not economically viable to repair these structural elements.

Unlike any other meteorological event, such as hurricanes, earthquakes cannot be predicted, which means that the only way to prevent property damage in this type of event is by complying with current standards and regulations for the construction of buildings. By doing this, constructions can withstand the strong vibrations and movements that occur, and damages are the least severe possible. After the earthquakes in Mexico, over half the structures were found not to have complied with regulations.

It is also important to have an insurance policy that protects property in the event of the contingencies it is subject to because of an earthquake. In Mexico, for example, only 10% of SMEs have cover for events such as quakes. This figure contrasts with the 95% of large companies operating in the country that do have insurance for this event. Consequently, after an earthquake, many SMEs without this insurance cannot financially cope with the serious damages and their consequences and have to cease trading.

The earthquakes on September 7 and 19 also caused 96 and 369 fatalities, respectively. To try to minimize human losses caused by the collapse of buildings and/or architectural elements falling from buildings, it is important to provide the population with information and instruct them on how to act in the event of an earthquake.

Seismic waves move at a speed that gives cities further away some time to prepare. For example, in the case of Mexico City, it is estimated that it has a margin of around 45 seconds after an earthquake strikes on the Pacific coast and before the effects of the tremor are felt.

To take advantage of this circumstance there is an earthquake warning system in Mexico that has 96 sensors along the country’s Pacific coast. This is the most seismically active zone and it is quite far from most of the main population centers.

The sensors are activated by a tremor and eight cities in the country are equipped to receive the signal: Guadalajara, Colima, Morelia, Acapulco, Chilpancingo, Oaxaca, Puebla and Mexico City.

In the case of the quake on September 7, the earthquake warning loudspeakers in Mexico City were activated 97 seconds before the shock was felt (it occurred in a zone that was very far from the center of the country), which enabled millions of people to leave their homes in anticipation or to stay in a safe place. In the case of the earthquake on September 19, the epicenter zone was not monitored by sensors as it is not very active.

We have included an infographic obtained from the National Geographical Institute of Spain with recommendations on what to do in the event of an earthquake warning.

From an insurance viewpoint, earthquake cover in Mexico is usually optional in policies issued by insurance companies operating in Mexico. In most cases the settlement is calculated by applying coinsurance (by the insured) and a deductible. Concerning the coinsurance, the insureds pay a percentage of the insurance, which depends on the seismic zone where their property is located, usually 10%, 25% or 30% of the loss or damage that occurs to their property because of the earthquake; in other words, a percentage of their own risk is transferred to the insureds.

For every claim for property damage due to an earthquake, deductibles fluctuating between 2% and 5% are also applied depending on the seismic zone where the property is located. Unlike in Spain, this percentage is applied to the sum insured for every item and not to the damages. If both a deductible and coinsurance are applied, the coinsurance is always applied first and then the deductible.

In Spain, there is an insurance system for natural catastrophes provided by Extraordinary Risk Insurance. This system is well-known internationally and managed by the Consorcio de Compensación de Seguros (CCS), a State Administration organization dependent on the Ministry for Economy, Industry and Competition, through the Directorate General of Insurance and Pension Funds.

In extraordinary risk insurance, it covers damage caused by losses due to natural events or violent acts. The former includes earthquakes. The extraordinary risk cover is obligatorily included in policies in most property damage classes and in personal accident and life insurance policies. Consequently, when a policy is issued by a private insurance company in Spain, it is automatically the CCS that assumes these extraordinary risks. A surcharge, which depends on the type of risk and the sums insured, is added to the payment of the premium and given to the CCS.

This means the CCS only indemnifies damage to affected parties that have insurance and have paid the associated surcharge. As a result, after the loss occurs, and once the insureds have notified the CCS of the damage, it is this organization that appraises the loss, using its network of loss adjusters, and pays any appropriate settlement. In insurance for damage to items, the CCS applies a deductible of 7% of the amount of the indemnifiable damage because of an earthquake, although this deductible does not apply to homes and condominium associations, which are exempt from the deductible. 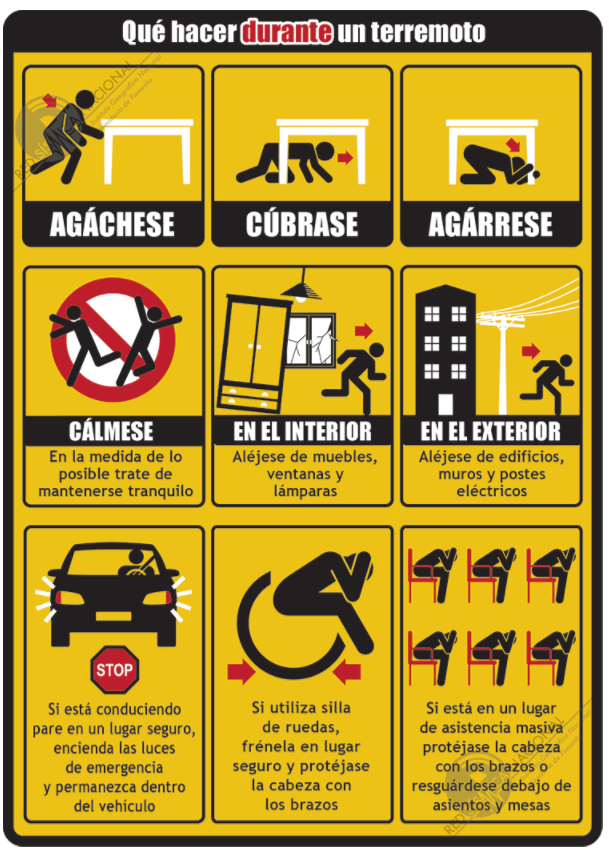 Over 25 loss adjusters from the RTS firm worked on the earthquakes in Mexico and have had the opportunity to inspect all kinds of damage, from the most minor, consisting of cracks in wall finishes, ceilings and drop ceilings, to the collapse of buildings and homes where the structure could not withstand the force of some of the shocks.

In the most severe collapses or structural damage, in which the civil protection system and/or the State Administration’s construction managers (known by the abbreviation DRO in Mexico) have decided that the structure compromises the safety of the property’s users, two types of consequences associated with this property damage arise. 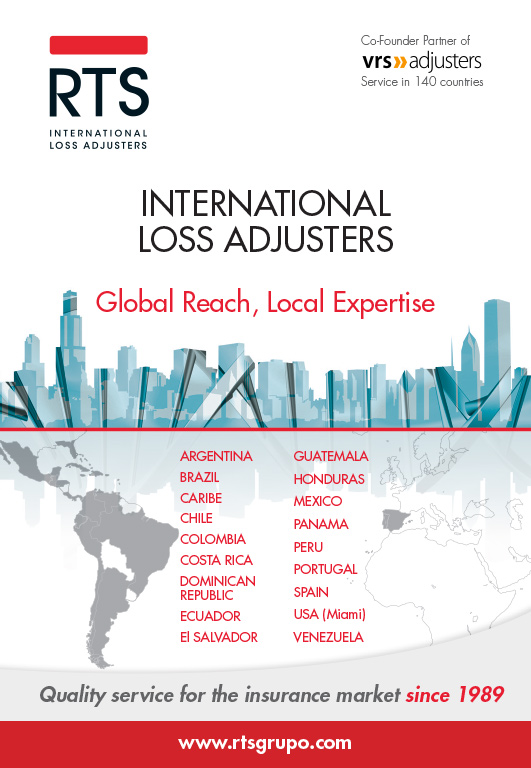