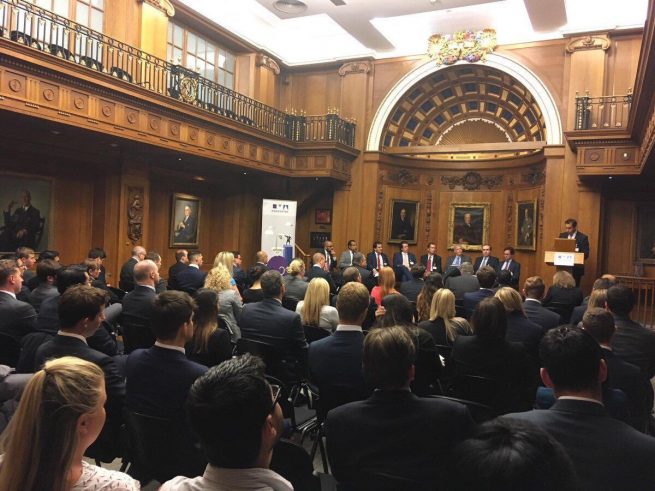 Is Brexit having any observable effect in Latin America? This post talks about trends and important topics that are affecting the Latin American Insurance market at this moment such as presidential elections, Brexit, etc.

The latest LMA Academy masterclass on May 29 provided a packed Lloyd’s Old Library with insights into trends and issues in Latin America from visiting LatAm experts. The nine-strong panel, all members of the worldwide legal insurance network Insuralex, hailed from as many countries across the region. Opening proceedings, Martín Argañaraz Luque, partner at Allende & Brea in Argentina, stated that while Latin America’s share of insurance premium worldwide is just 2%, it’s indicative of the region’s underinsurance and huge potential for growth. 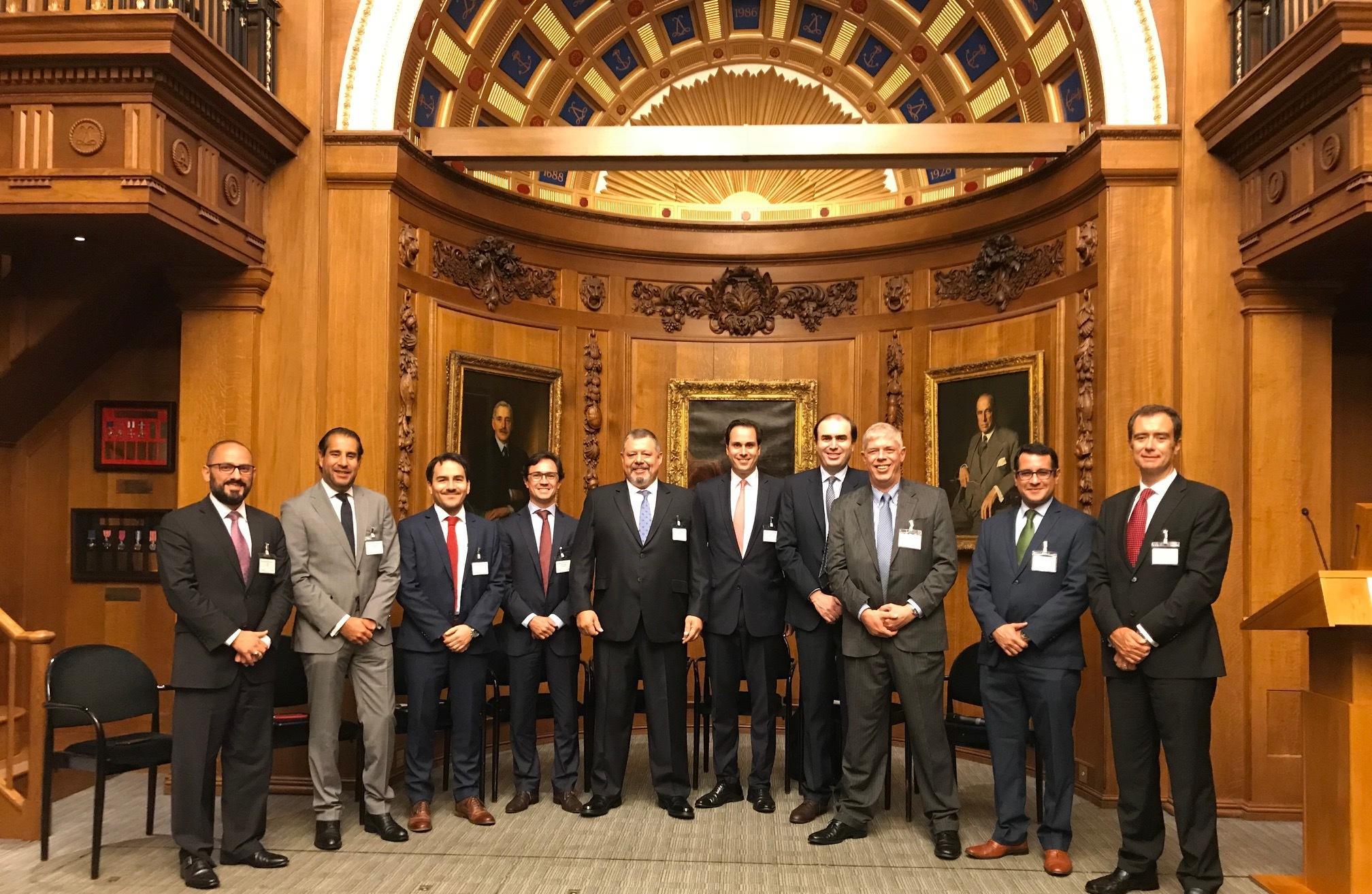 Among a broad range of topics discussed was the potential political and economic impact of recent and forthcoming presidential elections in six countries. May’s elections in Colombia failed to produce a clear winner, meaning right-winger Iván Duque will face the leftist former Bogotá mayor Gustavo Petro in a second round. Opinion polls suggest Duque will triumph but, despite being a vocal opponent of the peace accord with the Farc, his presidency is not expected to affect investor confidence, with no planned changes to the political or economic system. Petro, on the other hand, has pledged to make several economic policy changes, notably to Ecopetrol, the country’s largest public oil company, transforming it into a clean energy producer to reduce the republic’s reliance on oil and coal.

Mexico will host its presidential elections on July 1. Voters will choose between three candidates from established parties and, for the first time, one independent. Margarita Zavala (married to Felipe Calderón – former President of Mexico) was running as an independent but withdrew her candidacy on May 16. Falls in the value of the Peso are widely seen to reflect the continuing uncertainty over the outcome of negotiations regarding the North American Free Trade Agreement (NAFTA). The presidential candidacy of Andrés Manuel López Obrador has also contributed to the drop in the peso’s value against the U.S. dollar. Other candidates, if elected, would be unlikely to affect the economy or trouble the insurance market. However, López Obrador intends to review the structural reforms made by the current president, especially regarding the energy market, so some impact is expected there, and in turn in the insurance market.

In Honduras the recent re-election of president Hernández, amid allegations of fraud, led to widespread and increasing protests resulting in claims. Similarly, Nicaragua is experiencing increased political violence which is also producing claims. The situation in Nicaragua especially is therefore extremely tense. What begins as protest can become a move to overthrow the government, and some feel Nicaragua has reached that tipping point. By contrast, Costa Rica, a small but fast-growing insurance market after the state-controlled monopoly was abolished a decade ago, continues to enjoy the same political stability it has since 1948. This follows the election of Carlos Alvarado, a reasonable centre-left candidate who took office in April.

Paraguay, with 5% average growth over the past ten years (world bank) and 34 insurance and 161 reinsurance companies registered (with a premium volume of US$ 382m), held its presidential elections on April 22. It was a surprisingly tight win by President elect Mario Abdo Benitez of the ruling Colorado Party, against a coalition of the Liberal Party, led by Efrain Alegre, and Frente Guazu, led by former impeached President Fernando Lugo. President Cartes has recently offered his resignation to allow him to take a Senate seat in August but Congress may not accept it. Although Abdo follows the same political trend as Cartes and holds a majority in Congress, different factions within the party could cause governability issues.

Ahead of Brazil deciding on its next president in October 2019, polls suggest 50% of the electorate do not want a politician. 30 years-ago Brazil was a military regime and now the electorate is split fairly equally into thirds: left wing, right wing and centre. Of the five frontrunners, the winner will be the one with the least rejection, as all have performed poorly in recent times. Brazil, still recovering from two years in negative GDP, continues to strengthen, and insurance, with the exception of last year, is experiencing double-digit growth. Increasing compliance and transparency symbolise a strong national appetite to move away from corruption, which is helping to attract investment. From an economic and insurance perspective, one of the two centre candidates would be the preferred overseers of Brazil’s continued revitalisation, but they have a lot of work to do.

Although there has been political upset in Peru, with the resignation of former elected President Pedro Pablo Kuczynski, Vice President Martin Vizcarra took his place, reestablishing political stability. The country continues to enjoy GDP growth as it has for the last two decades, yet Peru remains underinsured, with total premiums written representing only 1.6% of GDP. This is low compared to other countries in Latin America (where the average is 2.6%), highlighting an important opportunity for growth.

The question Is Brexit having any observable effect in Latin America? produced an interesting response from panellist Manuel Carvallo, partner at Estudio Carvallo in Chile. While he couldn’t directly attribute it to Brexit, “it is a trend that reinsurance traditionally placed in London is being written in greater volumes in Spain,” he said, adding: “Spanish insurers with local offices in Chile and Latin America are increasingly handling claims in Spain and, Brexit-related or not, there is an observable strategy which may be a threat to London”.

Argañaraz Luque also highlighted the British government’s increasing interest in the region, citing Phillip Hammond’s trip to Brazil and Argentina last year, and that this year, during his trade drive to Latin America, Boris Johnson became the first British foreign secretary to visit Argentina in 25 years.

Insuralex is an affiliation of independent and Chambers awarded law firms. Its members are all recognized by their peers in their own jurisdictions as expert in the fields of insurance, reinsurance and defence litigation. Insuralex currently have more than 40 individual practices operating within the Group in Europe, North America, Latin America, Asia, Australia and the Middle East.