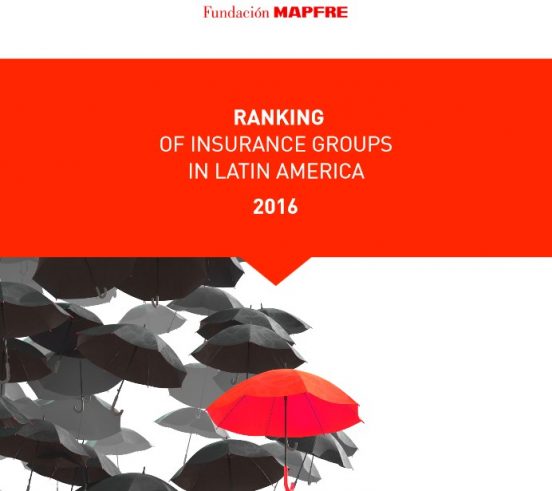 However, the report shows that if the analysis is limited to the 10 main insurance groups in Latin America, which account for 44 percent of the market’s revenues, the comparison with the previous year indicates a 3.3 percent increase in business.

This apparent disparity between the shrinkage of the total market and the growth of the main insurance groups reveals a slight increase in concentration, mainly explained by the positive performance of Life insurance in Brazil in 2016 (up by 17.7 percent).

In fact, two Brazilian insurers lead the overall premiums ranking. Brazilian Life insurance has seen robust growth for more a decade following the launch in 2002 of the product Vida Gerador de Beneficios Livres (VGBL), which provides supplementary private protection. Mainly distributed through banking channels, this insurance product achieved a premium volume of more than $30,000 million in 2016, representing 45 percent of total premiums in the Life segment of the Latin American market.

The top position is held by Brasilprev, a company owned by Banco de Brasil and Principal Financial Group, which has pushed Bradesco down to the second spot. They are followed by MAPFRE, in the same position since 2015.

Download Ranking of Insurance Groups in Latin America 2016 by Mapfre