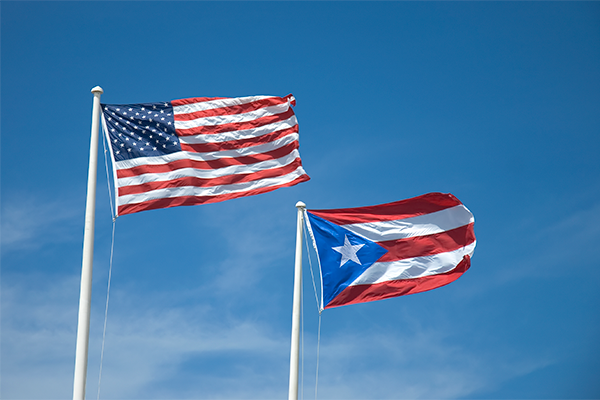 “At @ricardorossello request, @POTUS has authorized the Jones Act be waived for Puerto Rico. It will go into effect immediately,” Sanders tweeted Thursday.

Waiving the Jones Act will allow foreign ships to deliver supplies to Puerto Rico, and the waiver will be in effect for 10 days. The Jones Act currently requires goods shipped between U.S. ports to be carried on U.S.-flagged and U.S.-manned ships.

“This waiver will ensure that over the next 10 days, all options are available to move and distribute goods to the people of Puerto Rico,” Acting Homeland Security Secretary Elaine Duke said in a statement. “It is intended to ensure we have enough fuel and commodities to support lifesaving efforts, respond to the storm, and restore critical services and critical infrastructure operations in the wake of these devastating storms.”

Puerto Rico is reeling from Hurricane Maria, which hit the island last week as a category 4 storm. The hurricane knocked out power for the entire island, and food, water and fuel have since become scarce.

On Wednesday, the Department of Homeland Security said it had not received any requests from industry to waive the Jones Act, and said the problem was not getting goods to Puerto Rico, but distributing goods that land on the island territory.

However, Sen. John McCain, R-Ariz., and other lawmakers have been pushing the administration to waive the rules.