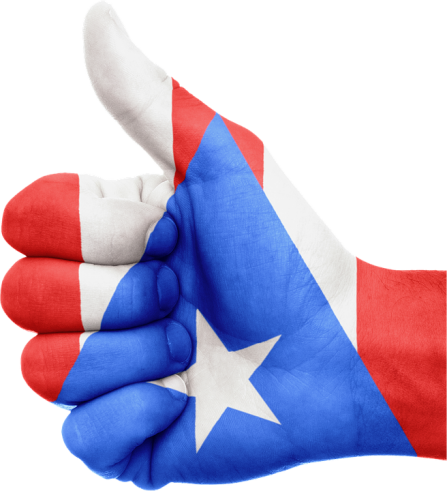 RGL Forensics has a Catastrophe Response Team on the ground in Puerto Rico following the devastation inflicted by Hurricane Maria. Carlos Rivera, partner in RGL’s Miami Office and co-chair of the firm’s LatAm practice, recounts his experience.

As storm waters recede and debris is cleared, residents and communities begin the task of putting their lives and businesses back together. But often, getting back to business takes time, effort and collaborative support. Many industries and organizations are sending catastrophe response teams to assist in the recovery following the devastation in the Caribbean and Puerto Rico left by hurricanes Irma and Maria. From the initial response covering the need for food and water, to linemen helping restore power and phones, to adjusters, forensic accountants, and service providers aiding in filing and evaluating claims, those who can help are doing what they can.

But the reality of being able to help is often far more complicated than anticipated. Logistical issues such as limited flight options, compounded by the increased demand for adjusters in Texas and Florida, have complicated the effort in getting claims support to the islands. And once there, living and working conditions are forcing changes to the normal flow of business practices.

Since Hurricane Maria swept across Puerto Rico, insurers and industry experts have begun making their way to the island. But getting there is only the first of many obstacles. Once on the island, visitors are faced with the difficulties of finding a place to stay, finding food and water, getting around on the island (especially when fuel is in short supply), and staying connected with limited access to electricity and cell towers that are still being repaired. Before arriving in Puerto Rico, many teams are being advised to bring their own supplies, including food, as few restaurants are open, and most of the island still has limited power.

Unlike the hurricane damage sustained in Texas and Florida, the impact in Puerto Rico has brought additional challenges. The primary issue, as we have seen in the news coverage, has been getting people and supplies to the island. Another challenge is the language barrier. While the official languages in Puerto Rico are Spanish and English, Spanish predominates. This makes language skills in both English and Spanish critical. There is often greater acceptance of help from professionals who can converse in both languages, especially when considering that many service providers who are working this catastrophe situation, including adjusters, are predominantly from Spanish speaking nations.

An appreciation for the local business practices and cultural differences can often be essential when working with insureds. Insurance policies and business documentation may be written in a combination of Spanish and English, and coverage terms may differ from standard policies seen internationally. It is important to have a grasp on the intricacies of the local market and these policy variations. In Puerto Rico, as in many Latin American countries, there exists a combination, and oftentimes a hybrid, of policy language and coverage terms. While some local policies may be written in Spanish, the same insured may also have a master policy written in English. As such, there exists a possibility of differences in conditions and limits between the policies. It is crucial to be able to navigate not only between languages, but between any differences in policy standards, terms and/or coverage, as well.

As seen in many catastrophe situations, there will be some companies and owners who do not have previous experience with filing an insurance claim. In many conversations with insureds, forensic accountants will be tasked with explaining the fundamentals of the business interruption calculations – including loss of profits, extra expense, increased costs of working and complex issues such as underinsurance. While the insurer makes the determination of coverage, underinsurance may well be an issue that arises in many conversations. The fact that only a portion of a loss suffered by an insured is covered is never an easy conversation to have.

Additionally, with diesel for power generation being potentially the largest claimed extra expense item across insureds, consideration may also need to be made for economic limits. The rising cost of diesel, in some cases, may make it economically infeasible to maintain operations with a power generator if the insured is unable to mitigate the loss otherwise (i.e., one should not spend 2 dollars to mitigate 1 dollar of business interruption). 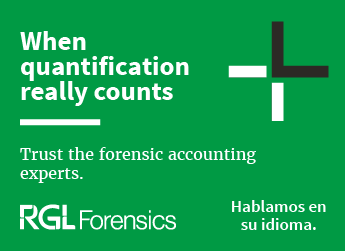 As the claims begin to come in, loss adjusters and service providers, such as forensic accountants, will likely need to rely on support from offices abroad to manage the workload. If the introduction of the computer revolutionized the business world, the current reliance on connectivity (including internet services and cloud computing) has taken it to a new stratosphere. In the last decade, business processes have digitized in many regions around the world which, in turn, has changed the availability of documentation and increased the ability to conduct desktop reviews of claims.

But not every company has kept pace with digital records and cloud computing. Even for those that have, records may not be readily accessible as power, connectivity and communications are impeded. Regardless of whether the insured has paper copies or digital records, the accessibility of technology may well impact the ability to file and evaluate claims. In fact, as a result of the lack of communication, connectivity and of physical access to parts of the island, many insureds are finding it difficult to present a claim altogether.

Most adjusters and service providers rely heavily on connectivity to access databases and online forms to submit claims, and, at a minimum, depend on computers to record and analyze claims. But the limited availability of power and telecommunications means that computers and phones can only be effectively used intermittently. Reduced connectivity limits the ability to download records from cloud backups or upload files to team members outside of the catastrophe area.

As services are being restored and supplies are making it to the island, everyone is committed to getting back to business, though it may take years to fully recover. Although only 14.6% of electricity and 40% of telecommunications have been restored to the island, we are seeing an immense collaboration between the people of Puerto Rico and both local and federal governments. Insurers and service providers are responding as quickly and efficiently as possible to re-establish businesses as expediently as they can. The people of Puerto Rico are resilient and, as the saying over here goes, “¡Puerto Rico se levanta!”

About the Author: Carlos Rivera, CFE, MAFF, is a partner in the Miami office of RGL Forensics, a global forensic accounting and consulting firm.