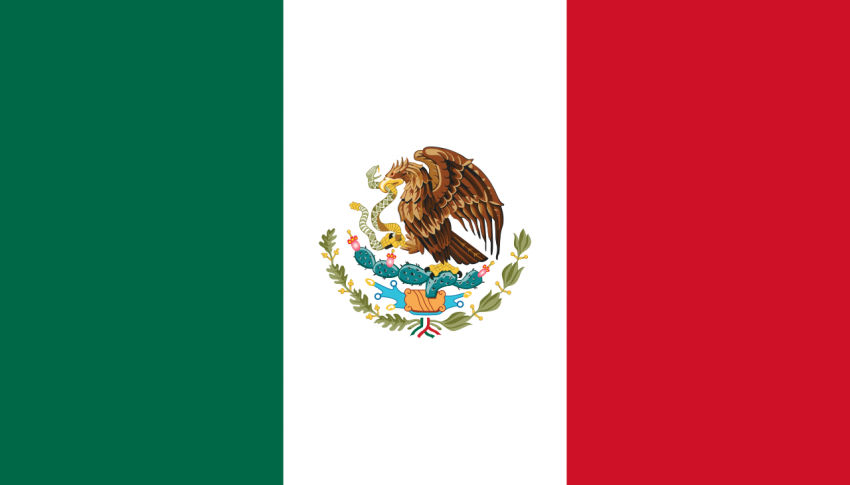 Mexico’s economic growth has turned negative due to external and internal short-term disruptions. Political and policy uncertainty continues to delay investments while tight credit conditions are choking private consumption. More monetary easing is expected in coming months, however the trade/investment outlook remains open-ended and is a source of risk aversion. Life and motor premiums have begun to moderate but overall growth remains close to historical rates. A worsening in the combined ratio was offset by stronger investment results in the first half of the year.

We expect growth over the near term to moderate slightly amid policy changes and softer economic conditions
Direct premiums written grew 4.8% in 1H192; lower than the 6.9% in 1Q19 and the 6.0% average of the last five years. Life premiums continue to be the fastest-growing line of business. Mortality-related premiums grew 7.0% in 1H19 while the pace for pension-related premiums has now moderated to 3.6%. 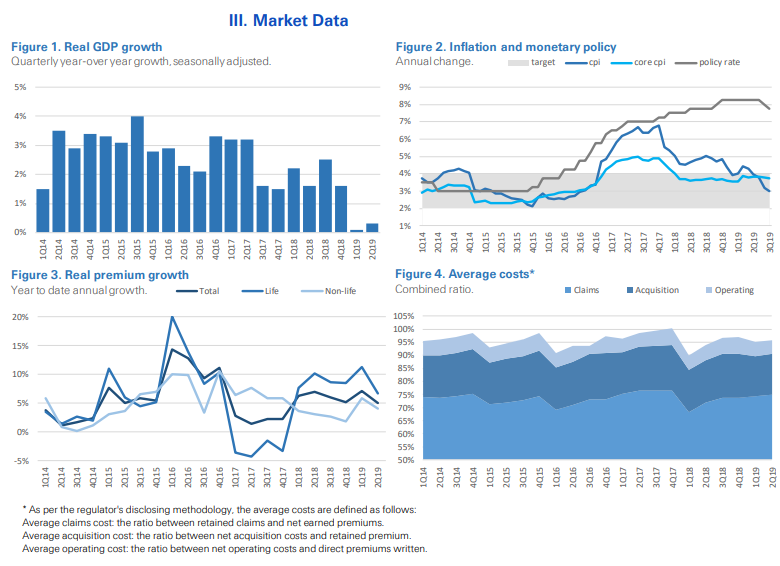 The more cycle-sensitive non-life segment grew 4.0%, down from 5.8% in 1Q19 – in line with the broader softness in the economy but still solid given the degree of the internal and external adversity affecting the market. Motor – the largest non-life line of business – continues its path of moderation, now growing at a 1.6% clip.

The combined ratio for 1H19 (95.9%) increased by 1.8 percentage points due to an increase of 3.0 points in the loss ratio and drops of 0.6 points for both acquisition and operating costs. The performance of the life segment is the main reason behind the worsening in the overall loss ratio which was large enough to offset the improvements of the non-life lines. Insurers’ association (AMIS) data shows an improvement in the number of stolen insured vehicles (-4% yoy in 1H19), however, the figures remain alarmingly high with a 39.5% increase over the last 5 years.

Tabasco, Querétaro and Michoacán are the states with the biggest increases. Net income for the industry increased 15.5% yoy in 1H19 – now at MXN 53 billion (USD 2.8 billion) in annualized terms – thanks to an improvement on investment returns.

Premium growth has held up relatively well in recent quarters, however, the cloudy investment outlook could soon begin to hurt the demand for trade and engineering insurance, which are closely tied to the economic cycle and to the trade policies that await to be ratified. We also expect the moderation of growth in personal motor premiums to continue as high interest rates make access to credit more difficult.

The extent to which federal employees who found themselves out of coverage from federal life and health insurance policies would seek privately purchased insurance policies remains unknown. Despite these short-term conditions, premium growth potential in Mexico remains high on the back of a growing middle class and a lower insurance penetration than its comparable peers.

Property insurance penetration is particularly low considering the country’s high exposure to seismic risk and other natural catastrophes. We now expect real premium growth in 2019 to be slightly more moderate than in 2018, with life premiums slowing down from its recent rapid pace of growth.