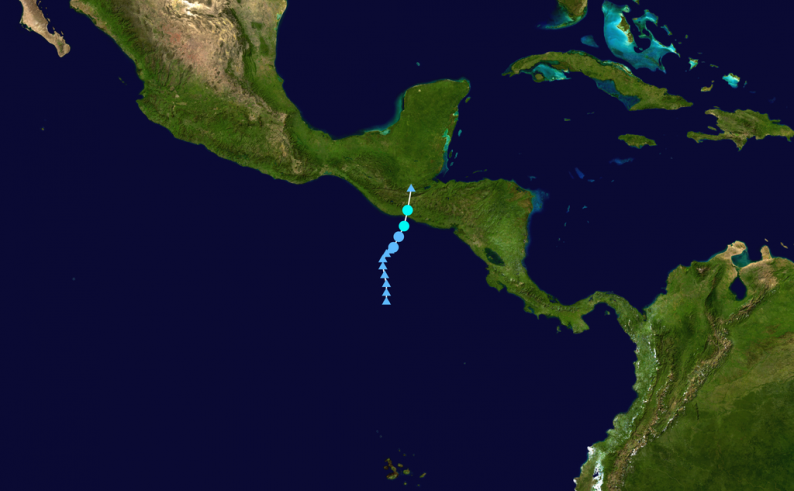 Tropical storm Amanda once again reminded us of our high exposure and vulnerability to disasters caused by natural disasters, now more frequent and severe as a consequence of climate change.

The index-based insurances designed by MiCRO for El Salvador and Guatemala triggered payouts that will help affected clients recover faster.

Extreme rainfall from May 27 to June 6 caused by Tropical Storm Amanda left in El Salvador at least 15 people dead, several missing, dozens of evacuees and extensive material and financial losses, directly affecting more than 120,000 people and threatening the food security of more than 300,000 Salvadorans, according to estimates by local authorities and international organizations. The storm affected the entire country when in a few days precipitation reached the equivalent of an average annual rainfall (!), which forced the government to declare a red alert on Sunday, May 31.

Although less impacting, in Guatemala losses were also registered in 12 departments with at least two people dead, more than 40,000 affected, and more than 150 who had to be evacuated from their homes and taken to shelters, mainly due to floods and landslides.

“Once again, this unfortunate disaster reminds us of the need for tools to manage risk adequately and, in fact, this event was a critical test to demonstrate the value of insurance such as that implemented by MiCRO, Seguros Futuro and the Banco de Fomento Agropecuario two years ago for El Salvador”, said Iker Llabrés, MiCRO’s Head of Growth for El Salvador.

For his part, Jorge Barrientos, the Head of Growth for Guatemala at MiCRO, where a similar solution is being offered by Aseguradora Rural and distributed by Banrural, added: “It is an inclusive insurance that operates based on predetermined parameters and protects clients against excess rain, in addition to drought and earthquake”.

These events put to the test the insurances designed by MiCRO with its local partners and the support of Swiss Re, and, amid the tragedy these events meant, it is comforting to note that in both El Salvador and Guatemala the insurances were activated and triggered payments according to the severity of the events in locations impacted.

In El Salvador, given a high concentration of policyholders in the most affected areas, almost 90% of insured clients received payments of 35-40% on average, with payments reaching up to 100% of the sum insured in the highest impacted areas. In Guatemala, the level of rainfall registered was lower and payouts of up to 50% of the sum insured were triggered, benefiting 15% of the total portfolio of insureds in that country.

In both cases, payouts process was agile, since parametric insurance does not require individual loss adjustments, thus contributing to a faster recovery of the insureds.

Disasters caused by natural disasters are becoming more frequent and severe, especially those related to climate change, and tend to further affect vulnerable and low-income segments of the population. As these storms once again demonstrate, it is important and urgent to close the protection gap with innovative solutions that facilitate the population’s access to tools that effectively strengthen their resilience, and the cases of “Produce Seguro” and “Esfuerzo Seguro” in El Salvador and Guatemala are good examples to follow.

The “Microinsurance Catastrophe Risk Organization” (MiCRO) is a socially oriented enterprise with operations in Latin America. It is supported by Mercy Corps, the Swiss Agency for Development and Cooperation, the Climate Adaptation Platform managed by KfW and Swiss Re, whose technical assistance and risk capacity is essential to provide innovative insurance protection.