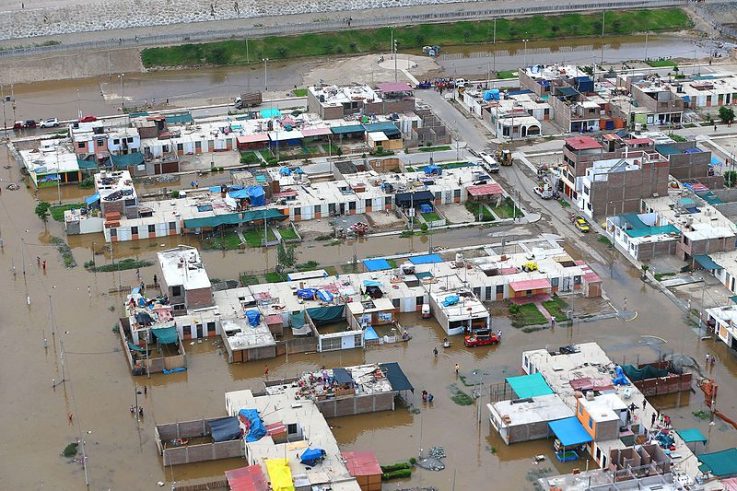 Summer has just begun in the southern hemisphere, a season associated with rainfall and El Niño conditions. The phenomenon occurs because Kelvin waves warm the ocean and move the warm water from the western part of the Pacific (Australia) to the eastern part (South America).

There is also a phenomenon called Coastal El Niño caused by warm water from the North Pacific produced by Kelvin waves along the Peruvian coast. Although Coastal El Niño is not usual and only occurs on the coast of Peru and Ecuador, the intensity of the rain it brings and the short warning period makes it a phenomenon that also causes property damage and even personal injury.

The heavy rainfall causes rivers to overflow, flooding, mudslides, huaicos (flash floods in the mountains due to torrential rain) and landslides affecting civil structures such as roads, canals, water intakes, reservoirs and dams. This heavy rainfall leads to flooding in production plants and the collapse of several hydraulic structures. Irrigation channels and roads are the most affected.

During the ‘El Niño Costero’ phenomenon, 65,950 houses collapsed and 4,029 kilometers of roads, 493 bridges, 456 educational institutions and 64 health facilities were destroyed. In addition, the National Institute of Civil Defense (Indeci) estimates that more than 51,851 hectares of crops were lost and 112,768 were affected.

Irrigation channels sustain structural damage, since concrete slabs are destroyed and in specific cases the entire civil structure collapses as it is undermined by mudslides. Hydraulic structures that overflow due to rainfall prevent the normal flow of water needed to irrigate crops in rural areas, which affects agriculture in the north of the country.

We at RTS International Loss Adjusters have also observed that approximately 60% of irrigation channels in areas where this rainfall occurred were affected by these phenomena. The main losses were due to the collapse of these channels because they were inundated by mud and earth. Rocks were dragged by the surface run-off of watercourses that had been inactive for several years, and in some areas the channels were even totally buried for several kilometres.

Other damage that we frequently came across was the fracture of unreinforced concrete slabs forming the channel. This was due to the foundation soil of the channel becoming saturated, which then pressed against these slabs and destroyed them.

Industrial plants are also affected when this type of phenomena occur. For example, after the rainfall caused by the 2017 Coastal El Niño, a bottling plant in Peru sustained business interruption that was three times greater than its property loss.

The property losses mainly arose due to flooding caused by the rain and surface run-off entering premises, which damaged machinery, equipment, electrical systems, and so on.

The business interruption was caused by the delay in reconstructing the plant and starting it up again. In other words, the time it took to clean and repair the electrical and electronic parts of the equipment forming the production lines.

Another of the challenges the bottling industry had to address after the flooding was regaining quality levels related to microbiological analyses inside and outside the plant. The area around the plant also flooded becoming a focal point for the proliferation of bacteria and pests.

Measures to ensure all types of regional infrastructures can cope with rainfall and properly store and use water resources should always be planned in advance. Road and bridge infrastructure must be properly repaired or constructed to prevent them from being damaged by rainfall, thus ensuring transport links and preventing towns from becoming isolated.

Another prevention measure includes the importance of considering the gradient of streets where insured premises are located to provide drainage or dams that decrease the impact of water on the premises. The area where homes are located should be ‘non-floodable’ and it should have an appropriate system to drain rainwater. Therefore, homes should be designed with double-pitched roofs and streets with drainage ditches.

It is difficult to take measures that will help decrease losses in the channels since some of the watercourses that were activated by the rainfall are several kilometres wide. However, as adjusters we at RTS International Loss Adjusters recommend conducting rain return period studies to strengthen the most vulnerable points and reduce property losses.

Any measures taken will be more effective when they are adopted by various levels of civil society and governments. Institutions and companies should be involved in planning these measures to address a weather phenomenon that strongly affects almost all production activities in the northern region of Peru and, consequently, the country’s development. 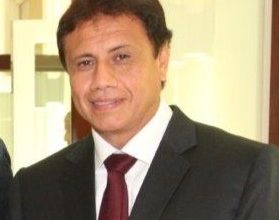