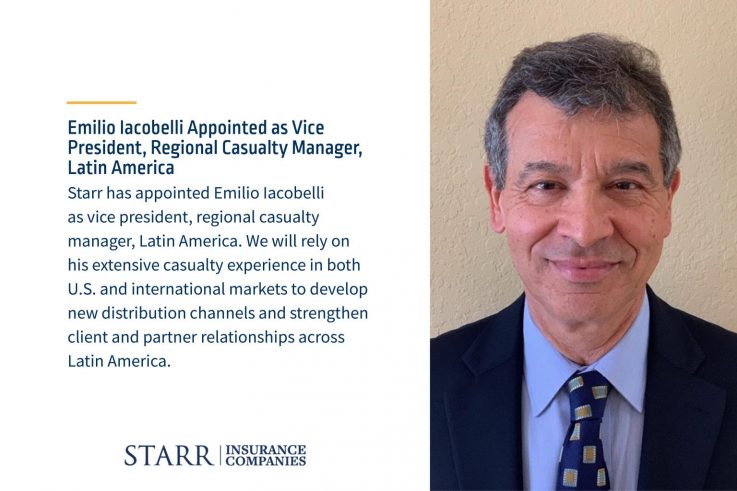 Emilio Iacobelli has expertise across a wide range of commercial and industrial risks including power generation; oil, gas and petrochemicals; pulp & paper; mining and construction.

STARR Companies (or STARR) is the worldwide marketing name for the services offered by the operating insurance and travel assistance companies and subsidiaries of STARR International Company, Inc. and for the investment business of C.V. Starr & Co., Inc.

The shared history of STARR Companies can be traced back to December 1919, when Cornelius Vander Starr founded an insurance enterprise in Shanghai, China.

C.V. Starr was incorporated in 1950 and served as the parent company for various Starr insurance enterprises.