Home (re) Insurance Latin America Increasing volatility of weather – an under rated risk? 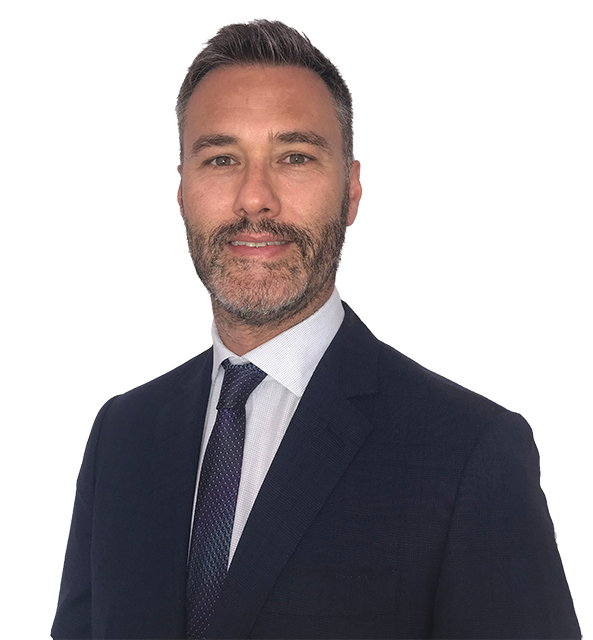 Climate change has increased the frequency, intensity and severity of extreme events and has a greater impact on vulnerable communities. According to the UN report “State of Climate Services 2020” published in October 2020, there have been more than 11,000 natural disasters in the last 50 years, killing 2 million people and causing economic losses in excess of the 3 trillion dollars.

The winter storm that swept across the southern US has killed several and left millions without power. Between September and October of last year, Brazil was saw a historic heat wave, with temperatures above 44 °C, with millions in losses for rural producers – especially poultry farmers – reducing national egg production by 30%. These examples of extreme storms highlight the increasing volatility of the climate.

Natural catastrophes (nat cats), such as storm, flood, earthquake or wildfire, ranked sixth in this year’s Allianz Risk Barometer and climate change came in ninth.  The annual report from Allianz Global Corporate & Specialty (AGCS) identifies the top corporate risks for the next 12 months and beyond, based on the insight of more than 2,700 risk management experts from 92 countries and territories.

Should these two risks be higher up the risk radar?  Both nat cats and climate change have fallen in this year’s top ten risks, one and two places respectively.  Risk concerns of respondents have understandably been superseded by the Covid-19 pandemic. The virus represented an immediate threat – for both individual safety and businesses, so, it is unsurprising pandemic outbreak has rocketed up the rankings at the expense of other perils. And it will likely remain a priority risk through 2021 and beyond until vaccination comes into effect and businesses can return to a post-pandemic new normal.

What the pandemic and climate change have in common is that they are both global systemic risks. However, compared to Covid-19, climate change is a catastrophe in slow motion with many causes and effects. While the virus may have inadvertently led to a minor reduction in emissions in 2020 due to less traffic, travel and industrial activity, the need to combat and prevent climate change and global warming remains as high as ever, as a series of recent unwelcome milestones underline.

In a study published in January this year, the journal ‘Science of the Total Environment’ points to evidence of a possible link between climate change and the coronavirus outbreak. According to the publication, a study showed that due to changes in temperature and ecosystems, several species of bats migrated to other regions of China, which may have changed not only the places where certain viruses are found, but also allowed new interactions between animals and viruses, facilitating the transmission and development of more dangerous variations.

The past six years have been the hottest since records began, with 2020 being both the hottest in Europe and the joint hottest year ever recorded, according to Europe’s Copernicus Climate Service.  Devastating wildfires in California and Australia and the record-breaking number of tropical storms in the Atlantic Ocean were among the natural catastrophes to dominate the headlines in 2020. No previous Atlantic hurricane season on record has produced as many named storms (30) of which 13 developed into hurricanes.

Meanwhile, Australia suffered its worst-ever wildfire season, while five of California’s six largest fires occurred in 2020, including its first “gigafire”, the August Complex Fire which burned more than one million acres.  At the same time, severe thunderstorms and storms in Europe and North America, often with hail or tornadoes, are becoming more frequent, with damages increasing, even after adjusting for value growth.

However, 2020 was also the third consecutive year without a single major nat cat event causing significant economic impact and insured damages, such as Hurricane Harvey in 2017. Despite the record-breaking hurricane season, most US landfalls did not hit densely populated areas in 2020, resulting in relatively low insured losses of $20bn+.

The frequency of major loss-causing non-weather-related nat cat events, such as earthquakes or tsunamis, has decreased in recent years. Consequently, the negative perception of these cat risks, as indicated by the level of importance in the Allianz Risk Barometer, has also declined.  That said, aggregated losses from multiple small- to medium-sized events still led to widespread devastation and considerable overall insured losses.

Natural catastrophes caused around $80bn of global insured losses in 2020, up more than 40% from 2019, mostly from secondary peril events such as severe convective storms (thunderstorms with tornadoes, floods and hail) and wildfires.

Following the focus on pandemic in 2020, climate change will undoubtable be back on the board agenda as a priority in 2021.  Climate change will require many businesses to adjust their strategies and business models in order to move to a low-carbon world. Risk managers need to be at the forefront of that change to assess the transition risks and opportunities related to market and technology shifts, reputational issues, policy and legal changes or physical risks. They have to help identify possible scenarios or evaluate the business and financial impact driving the overall low-carbon transformation of a company, together with other stakeholders.

It is essential that the extensive policy measures for economic recovery and stimulus packages following Covid-19 meet both the recovery of the economy and the goals of the Paris Climate Protection Agreement – aiming to keep the increase in global average temperatures to well below 2°C above pre-industrial levels, and to try to limit the rise to 1.5°C.

It was not that long ago that climate-related strategies or goals were regarded as afterthoughts for many businesses. In future, it will likely be impossible for companies to be successful without them. Institutions such as the International Monetary Fund and the European Central Bank (ECB) see climate change as a significant financial risk that could even endanger the stability of the financial market, with “business as usual” scenarios leading to sudden and drastic corrections to “overvalued” fossil fuel assets.

Then there are a host of other drivers that are increasing the pressure on companies to be more climate-conscious: Ever more engaged employees keen to know their employer is doing the right thing environmentally; institutional investors such as pension funds and asset managers pushing for concrete measures to protect the climate, like CO2 reduction targets or an exit from the coal industry; shareholder groups ensuring climate issues are front and centre at general meetings; and potential backers seeking more granular information on climate related strategies than ever before.

Beyond the physical loss impact of damage from natural catastrophes or extreme weather events to business assets and property, there is also growing concern about how increases in global temperatures or greater flood risks in key locations could significantly affect future operations, facilities, workforces and communities and how to plan for such scenarios.

Rising regulatory and legal risk is also a concern, particularly for high carbon-emitting sectors, but also elsewhere. Policy changes, new taxing schemes, reporting requirements and sustainability metrics are forthcoming. For example, the European Green Deal aims to make Europe the first climate-neutral continent by 2050 and comprises a Renewed Sustainable Finance Strategy. In Latin America, despite the fact that the main countries are reviewing their environmental policies and the goals presented in the Paris Agreement, Costa Rica stands out for meeting the temperature increase goals. Therefore, companies have to prepare and adapt quickly.

At the same time, climate change activism is becoming both more sophisticated and professional. For example, non-profit law firm, ClientEarth, has gained a reputation for using legislation to hold companies accountable. In September 2020, it secured a major victory by forcing the closure of a giant coal plant in central Poland.

Threat of litigation is also evolving. Climate change cases targeting “carbon majors” have already been brought in more than 30 countries, with the majority in the US. But climate attribution science opens up the prospect of legal action connecting individual events to climate change and holding companies responsible. Notably, a farmer has brought an action against German energy company RWE for its contribution to emissions, and potential damage to his property in Huaraz, Peru.

A crackdown on “greenwashing” – where companies provide misleading information so as to present a more environmentally-responsible public image – by regulators could also be on the cards in future with the Task Force on Climate-Related Financial Disclosures; the European supervisors and the Securities and Exchange Commission in the US, all looking into the issue.

As a result, climate change should not be classified just as a reputational risk, but also as a legal/governance risk. Companies’ boards of directors have a vital duty to ensure solid corporate climate responsibility with reporting and due diligence.

Investment in preparedness, mitigation and resilience is crucial. Company-specific climate risks and opportunities must first be identified, for example by using scenario based analyses and tools and technology such as catastrophe models and hazard maps. These can help to develop a climate strategy that can be implemented with appropriate measures such as changes in business model or portfolio mixes or investments in capabilities and technologies, if required. Such changes could also constitute opportunities from a business perspective, as the energy transition brings new products and sales markets.