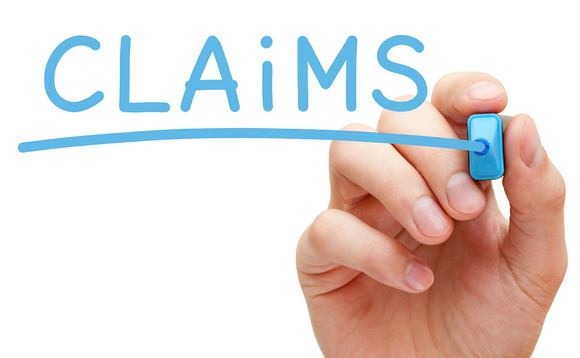 Interconnectors are vital as we move towards an economy more reliant on renewable energy. Wind power generation is, by its nature, intermittent. It is therefore necessary to have infrastructure that can respond to rapid changes in generating output. In order to meet any shortfall Britain would be able to import energy from Europe via the existing and proposed inter-connector cables. However, when Britain’s renewable installations are all generating at full capacity, it will be able to sell its surplus energy back through to Europe over the same inter-connectors.

Britain’s electricity market currently has 4GW of such capacity available via France (IFA interconnector), the Netherlands (BritNed interconnector), Northern Ireland (Moyle) and the Republic of Ireland (East-West). A further six projects are planned or under construction to provide an additional 7.5GW, including new links to Belgium (Nemo Link), Norway (NSN) and Denmark (Viking Link interconnector).

One of the significant perils associated with the installation of sub-sea interconnector cables is “external aggression” – that is the risk of snagging or dragging damage caused by fishing vessels or their nets in the vicinity of the installation, or a vessel dragging an anchor across the cable. This risk is particularly heightened in the vulnerable period between the cable being installed by the laying vessel but prior to complete burial/protection in the seabed.

Recent claims have taught us that repairing a length of cable following physical damage by a trawler can be very expensive. The costs of fabricating a new section of cable, mobilisation, exposing and jointing, re-trenching and demobilisation can run to greater than EUR20m depending on the extent of the damage, the location, and the ease with which a repair campaign can be completed.

That being the case it is vital to try and avoid damage occurring in the first place. Detailed mitigation plans should be available to explain how the Project plans to manage this particular risk throughout its lifecycle.

The Importance of Mitigation

As a starting point, it is fair to assume no vessel sets out to deliberately cause damage. The Master of every fishing vessel will carefully assess whether any proposed voyage and the planned activities involve physical interaction with the seabed, and should take steps to ensure that they have the latest positional data for submarine cables. Likewise Admiralty charts warn to take “every care … to avoid anchoring trawling, fishing, dredging, drilling or carrying out any other activity in the vicinity of cables which might damage them”. To damage a cable either wilfully or through culpable negligence is an offence in UK and International law.

From the perspective of the Project Team installing the interconnector cable, communication is king. Employing a qualified Fisheries Liaison Officer (FLO) to facilitate both early discussion and ongoing dialogue with the local fishing industry is vital. The FLO’s assistance will be key to negotiating, and enforcing compliance of any compensation agreements made with both continental as well as UK-registered trawlers fishing in both geographical sides of the Project. Attention should also be directed to the available online resources such as Kingfisher Information Service ORCA service, which provides awareness charts identifying sub-sea cables in common fishing areas.

It is important to establish a process for circulating notices to mariners and navigational warnings, define clear protection zones, and to use appropriately marked and lit guard vessels, broadcasting their status on AIS – the marine automatic identification system – to warn off any ships fishing in the vicinity of the works.

Lastly, reducing the time between the cable being laid on the seabed and subsequently buried may help to minimise the possibility of accidental damage occurring.

Limitations in Recovery from a Third Party

In the event fortuitous damage does occur, the reasonable cost of repair should be indemnified under the CAR policy purchased by the interconnector Project. However whilst Project Insurers may then look at potential options for subrogation, the likelihood is that the Convention on Limitation of Liability for Maritime Claims 1976 will limit what is capable of being recovered.

The effect of the Convention is that even if a vessel causes millions of Euros in property damage, such as to a subsea cable, the property owner may be left without recourse against the vessel owner beyond its limitation amount, calculated based on its tonnage. By way of an example to illustrate the point, in a recent claim the repair costs were EUR22m, whilst the maximum amount recoverable from the culpable vessel based on its tonnage was limited to EUR1.6m.

Claims arising from interconnector projects will continue to provide a challenge for both Underwriters and Claims. It’s important however that appropriate precautions are taken at a Project level to minimise the risk of damage occurring – particularly given that it may often be impossible to recover the full amount from a culpable third party in the event of a significant loss.